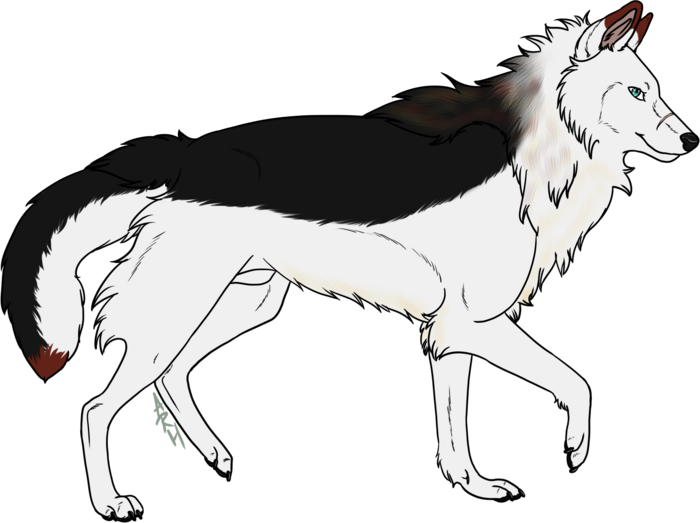 Arkane
we all know we have to be stronger

Arkane laughed slightly at her amusement to his words. They were true. He was perfect as always, that wouldnít change. He didnít even shrug as she called him pretty rather than handsome either. He said with a jokingly feminine flourish of his head allowing his fluffy fur to float about and fall ever so neatly back into place. Maybe in the past he might have been a little self conscious about his more feminine look and build, but as he grew older he learned to appreciate it. Long as people still accepted the fact that he was pretty and over all good to look at no matter the gender it made him happy. Everyone appreciated how good he looked, even if, while he was outside of Moladion at least, now and then he got mistaken for a very pretty girl. He never pretended to be, but so be it. They were the fairer, more beautiful, gender, so he learned to be quite happy he wasnít some blocky overly muscle bound bruiser. No offense Dad, but Mom was prettier to look at, and that wasnít even just because she was female.

He was getting off track though.

She seemed to relax a bit after he had explained himself and admitted he was wrong. That and he was sure him going about and getting information wasnít too bad of a make up gift either. Really did she expect him to have just up and left them and not worry even a little? Well, he had been hunting for them the moment he got back, and he supposed it was good being able to share that information with her. How excited would they be when they not only got to see their mom, but their dad too. Still there was the matter of what happened to Iromar. That whole messÖ it wasnít great. He said chucking slightly, not doubting she could do it, but how she expressed herself, her anger, everything it just seemed like she wanted too almost. He mused lightly, cause really the most alphas he could think of that ruled by fear had been cannibals in Asteraia all those years ago now.

Still he wanted to distract to the fact that he was certain the girls were safe. She snickered though when he had called himself perfect and his eyes narrowed on her. He snorted, he didnít recall her complaining when she popped out two perfectly wonderful girls or in said making of them. The vanity would never fade. Nor would the self confidence. That was just something angels always were abundant with.

Then again, from what he remembered they were a very peace loving bunch. Perhaps they couldnít stomach the fact a wolf like that had children prisoners? He regretted not asking now. He said confidently. It would mean a lot to Avery if he could find themÖ so find him he would. Soon as they found their girls and figured out where they were going from there he would start the search for Aithneís remaining blood.