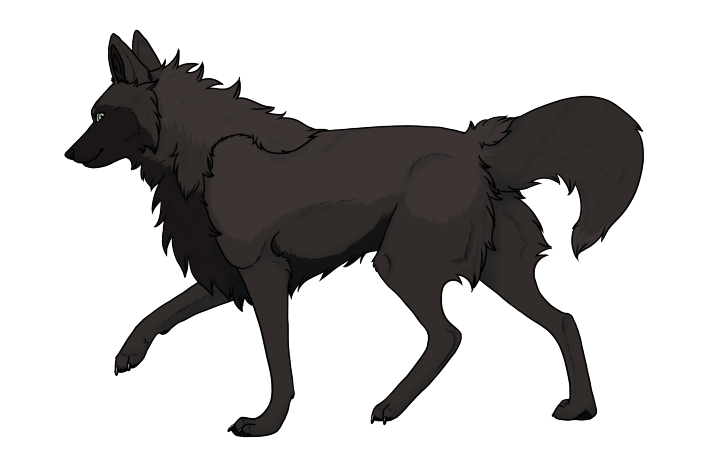 Summer warmed the back of my dark coat. I sat on the rock in the middle of the crags. There were many rocks grouped together, and they made a fun place to investigate, when I had the energy for it at least. I used to love doing that when I was a pup. But then, momma died. And things fell apart. No, more importantly, I fell apart. I still was. I didn't know what to do anymore, my heart was a mess, and that was all there was to it. Avery was letting me sleep in a den in Iromar, and it was welcomed, to have a safe place to lay my head at night, without sleeping with one eye open to make sure the predators in the night didn't attack. But, I still felt off. I wasn't sure why, I mean it wasn't like I had anyone to look for, any kind of friend who would want to see me.

But that's beside the point. I stretched, my nails scraping against the rough rock as I moved from the lower rocks I had been perched on, heading towards the heights. The sun kept them nice and toasty, and that was what I was going for today. Some kind of extra heat to ward away the chill that was settled within my soul.

Except. There was that large gathering a while back, there had been a strange feeling that had caused me to move away from the group. But that was a long time ago. I shook my head, moving my lithe form up onto the right rock. The sun was warmer than I typically liked, but to seemed to do the trick. I laid my head down, vivid pale green eyes stared out ahead of me towards Iromar, watching the pack in the distance. I know Avery told me I was welcome, but I had yet to try to make friends. I was afraid, to put it simple. Afraid I wouldn't fit in when I was dying to.

Maris
sekera x panzer - 4 - of nowhere - without heart - bound by twine to nazar
not all stars belong in the sky, the best ones are hidden with the shells in the sea
html by castlegraphics; art by meryl?