Eira had kept to herself more and more. Four years old, quite technically grown, and almost everything in her life made sense. Home was welcoming and a place her mind could always be at ease, but there was always that one thought that nagged at her. There was something about that boy... well, he wasn't a boy, but when she met him it was an accurate statement. She didn't stick around long enough to find out what it had meant. It was a strange feeling, but it was still there. Eira noticed it more when she ventured too close to Diveen's borders more often than not.

So, in order to distract herself, the brown and white young woman padded through the woodlands. She kept her breaths steady and even while she took in the smell of the trees. The air was different here than in Glorall. No salt in the air. Something about always comforted her. A likely trait from her mother, she imagined. Eira mused quietly as she padded along. Her mis-matched eyes drifted about. She focused on nothing in particular, though her upright ears indicated she was still aware of her surroundings and not merely aimlessly wandering while lost in thought.

Maybe she just needed to maintain that alone time, stay separate to work things out in her head. 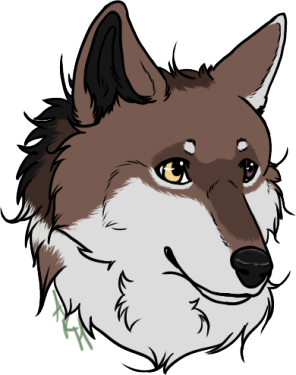