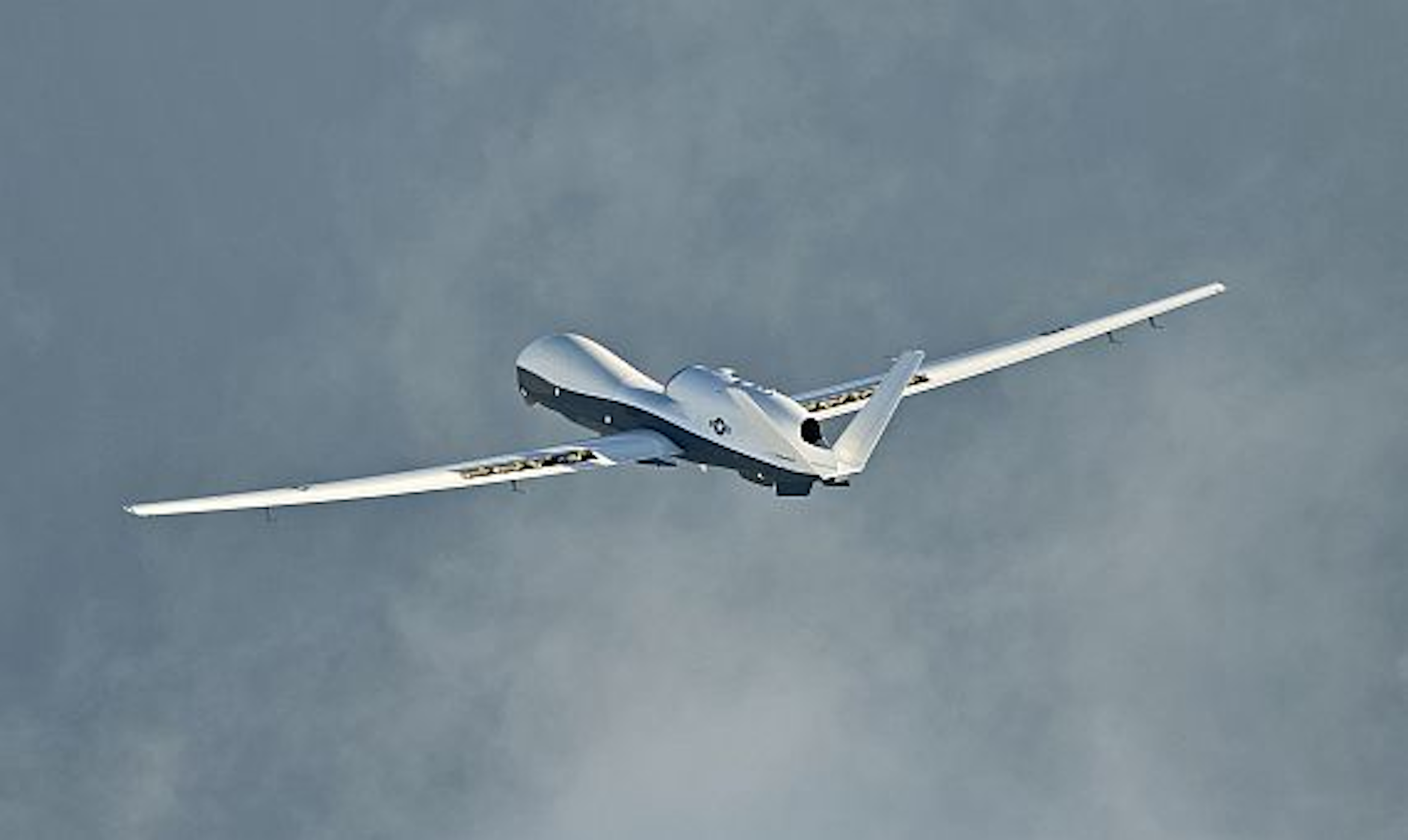 Northrop Grumman is developing the MQ-4C Triton, also called the Broad Area Maritime Surveillance (BAMS) UAV, to fly maritime surveillance missions as long as 24 hours at altitudes of more than 10 miles to enable coverage out to 2,000 nautical miles. The UAV's suite of sensors can detect and classify different types of ships automatically.

The Triton will be a crucial component of the Navy's 21st century strategy for conducting surveillance of surface ship and submarine traffic in the vast Pacific and other oceans around the globe. The Triton UAV will work together with the Navy's P-8A Poseidon manned maritime patrol aircraft.


The Triton's maritime search radar is called the Multi-Function Active Sensor (MFAS), and will provide the UAV and its operators with a 360-degree view of a large geographic area while providing all-weather coverage for detecting, classifying, tracking, and identifying points of interest. MFAS is separate from the Triton's air-to-air radar. The MFAS radar first flew on the Triton during testing in April 2015.

Along with the air-to-air and MFAS radar systems, the MQ-4C will carry an electro-optical/infrared (EO/IR) sensor that will provide still imagery and full-motion video of potential threats; an electronic support measures package to identify and geolocate radar threat signals; and an Automatic Identification System (AIS) that will detect and track vessels equipped with AIS responders. The Triton should be ready to deploy by this year.

The MQ-4C Triton is designed to provide combat information to military authorities like the expeditionary strike group, carrier strike group, and the joint forces maritime component commander. The Triton air vehicle is based on the U.S. Air Force RQ-4B Global Hawk, while its sensors are based on components and systems already fielded in the U.S. military.

The large unmanned aircraft provides intelligence for large ocean areas to maintain the common operational and tactical picture of the maritime battle space. The Triton feeds intelligence, surveillance, and reconnaissance (ISR) data to the Global Information Grid (GIG), and can work alone or together with other aircraft and surface ships.

The MQ-4C Triton's ability to perform persistent ISR within a practical range of 2,000 nautical miles enables the P-8A aircraft to focus on anti-surface ship warfare, anti-submarine warfare (ASW), and multi-intelligence. It can fly as far as 8,200 nautical miles without refueling.


Triton aircraft and support facilities are being based domestically at Point Mugu Naval Air Station near Ventura, Calif., and at Jacksonville Naval Air Station, Fla. Triton UAVs also will be forward-deployed to Kadena Air Base, Japan; Andersen Air Force Base, Guam; Sigonella Naval Air Station, Italy; as well as at installations on the islands of Hawaii and Diego Garcia.

The Triton has a ground crew of four -- an air vehicle operator, tactical coordinator, and two mission payload operators. Triton development began in early 2008 with a $1.2 billion contract to Northrop Grumman to design and build two Triton UAVs with mission payloads and communications suites; one forward operating base mission control system; one systems integration laboratory; and one main operating base mission control system.